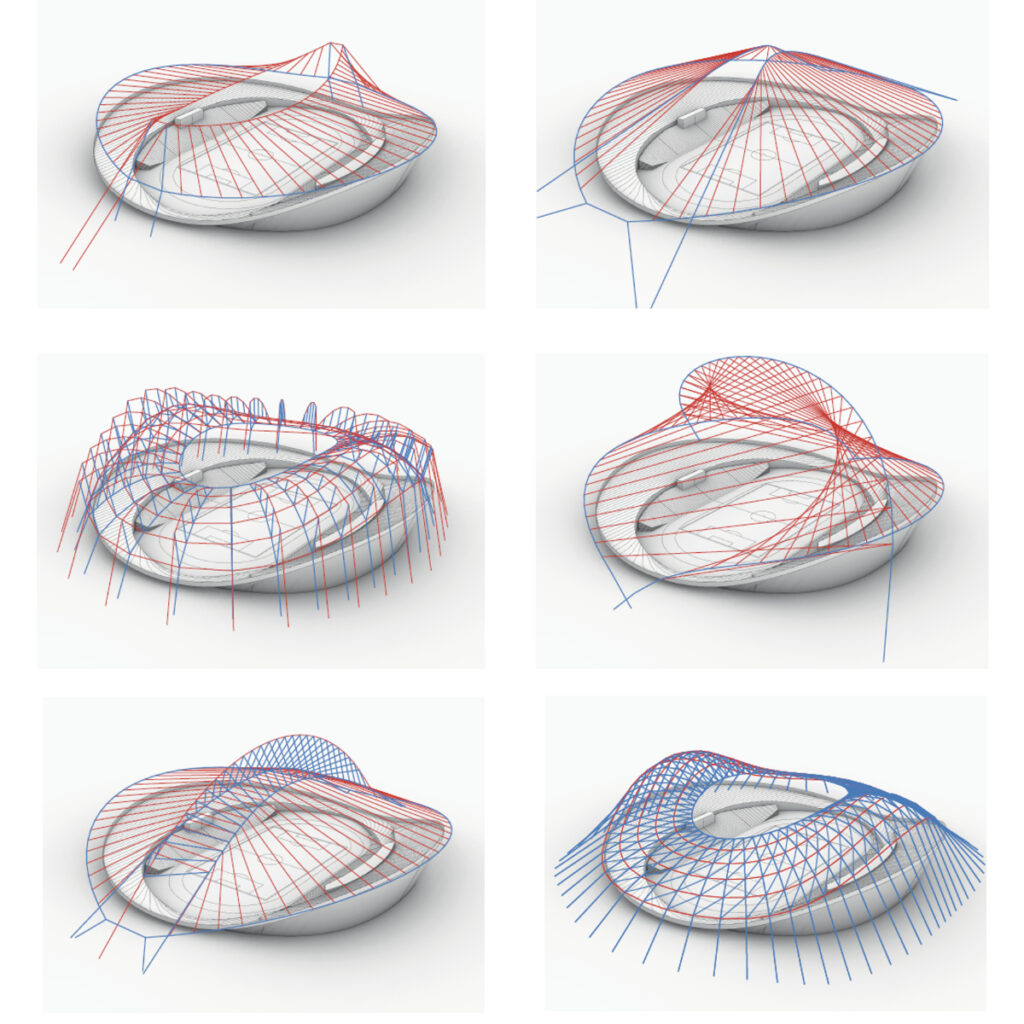 Required Skills: Proficiency in the use of McNeel Rhinoceros and Grasshopper.

The workshop will introduce the participants to novel methods for the design of 3D structures in static equilibrium. The workshop will be specifically focused on the Vector-based Graphic Static (VGS) and the Combinatorial Equilibrium Modelling (CEM) tools developed as plug-ins for the parametric software environment McNeel Rhinoceros and Grasshopper. The workshop will explore the design opportunities offered by combining both the VGS and CEM tools. The aim is to leverage the potentials of equilibrium-based modelling for the conceptual design of structures. Vector-based Graphic Static (VGS) is a direct extension of traditional 2D graphic statics to the third dimension. VGS introduced a generalized procedure for the construction of a 3D vector-based force diagram (representing the forces acting in a structure) for any given 3D form diagram of a spatial network in static equilibrium. By establishing an interdependency between form and force diagrams, VGS allows users to transform one of the diagrams and evaluate directly the resulting transformation of the other diagram. This property allows for a quick and interactive exploration of possible equilibrium solutions in the early design phase. The Combinatorial Equilibrium Modelling (CEM) is a powerful geometry-based form-finding approach that is grounded on vector-based graphic statics and graph theory. The CEM is particularly tailored for the design and transformation of mixed tension-compression structures, based on user-defined topological (i.e. connectivity of the structural elements) and metric (i.e. distribution of internal forces within the structure) inputs and given geometric constraints. In particular, the proposed equilibrium-based structural design process includes the following steps: 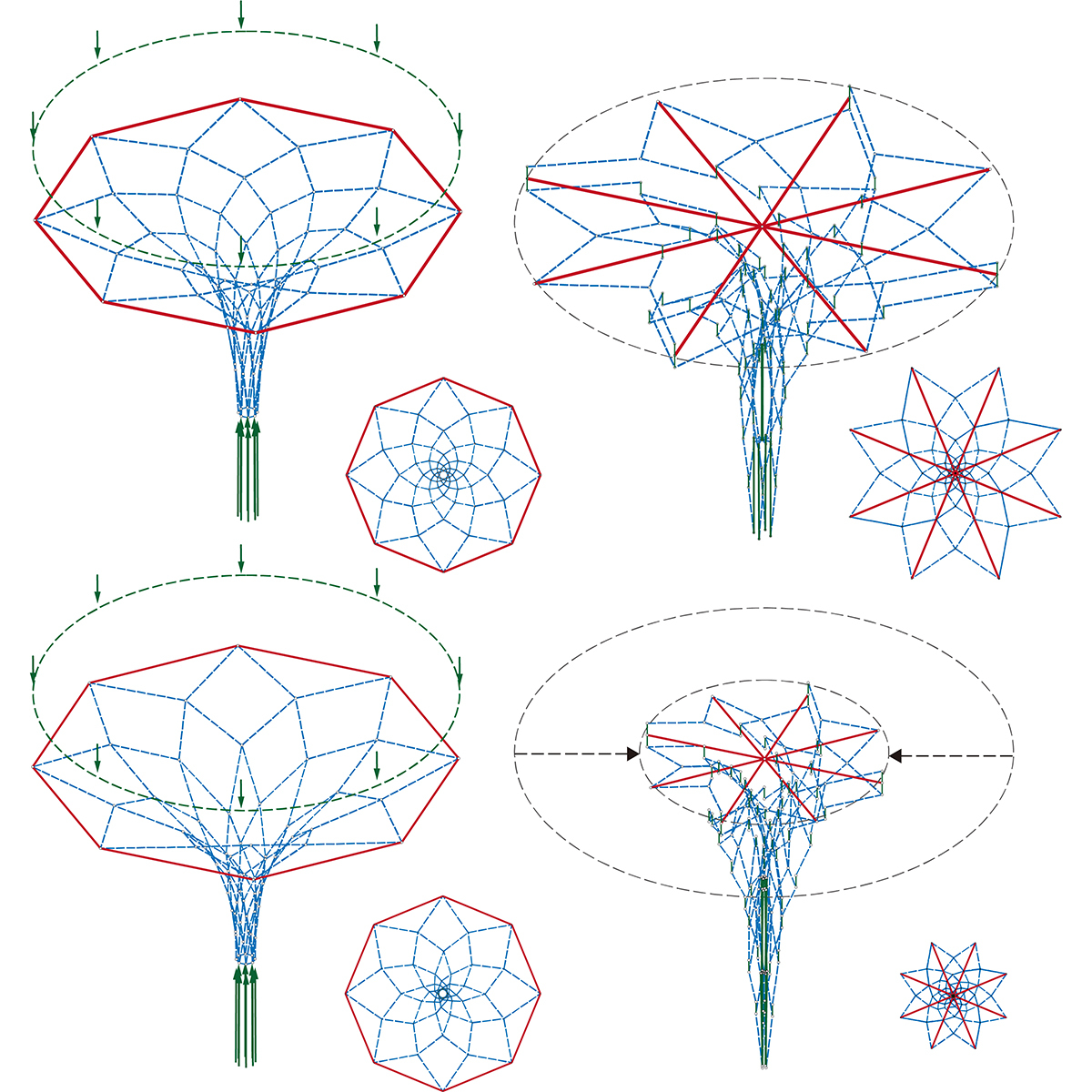 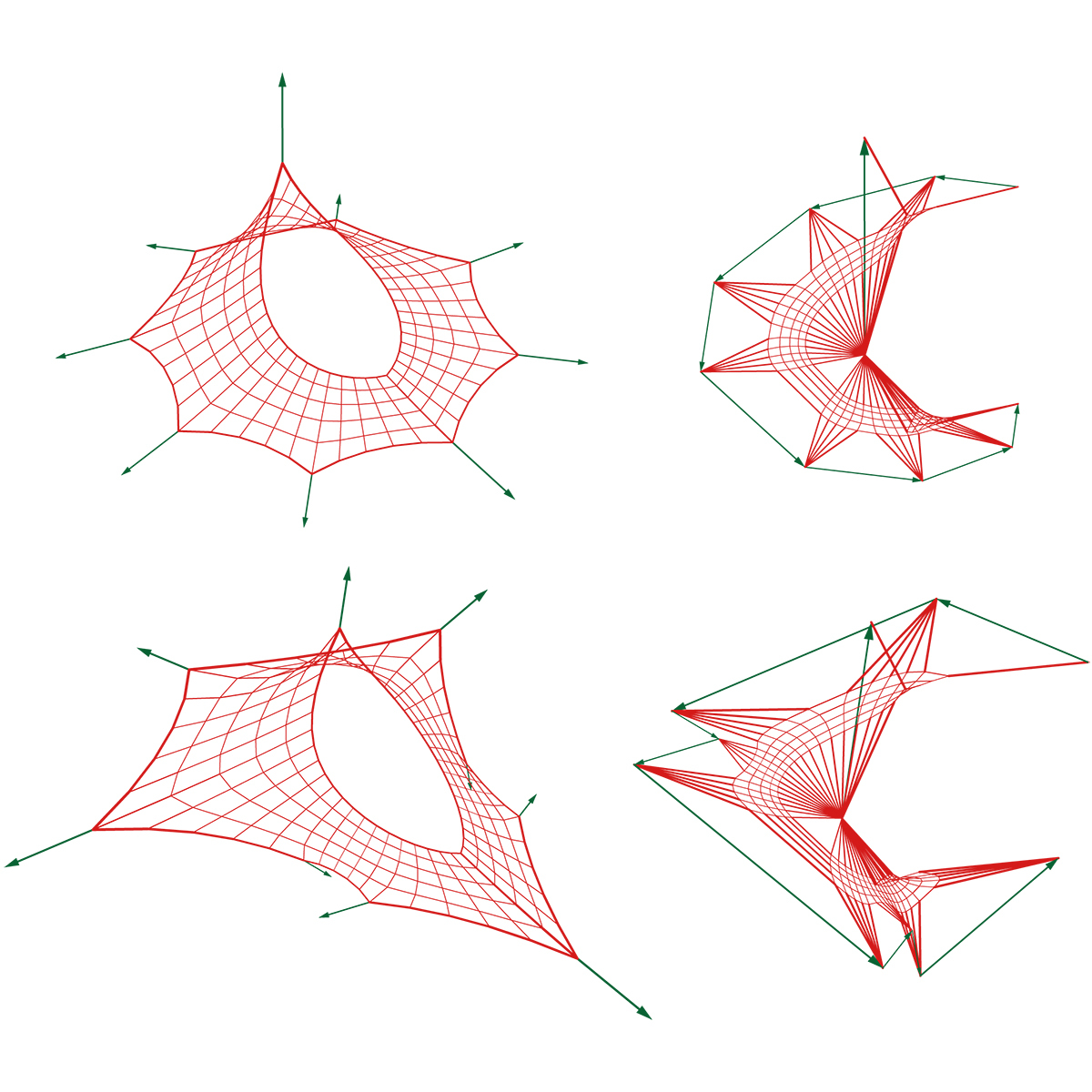 
Disclaimer:
All workshops will accept 100 applications MAX.
Log in to apply